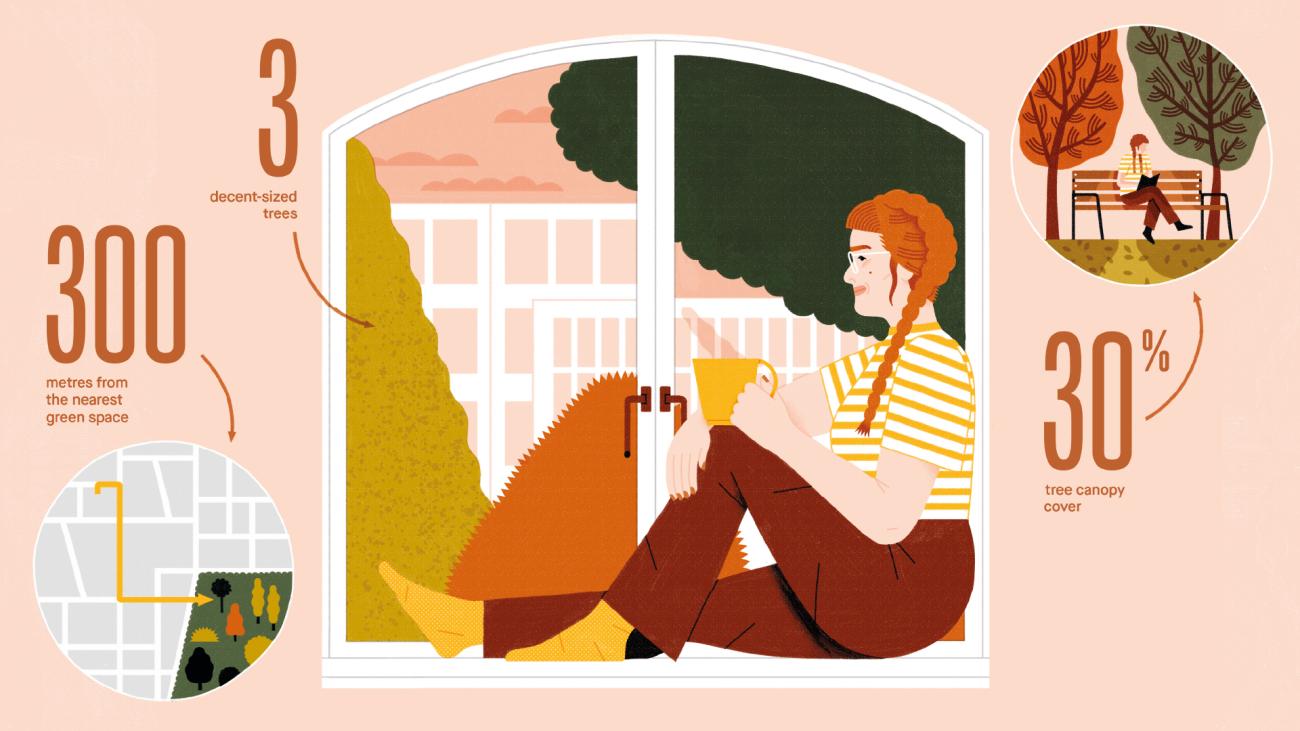 Trees and green spaces are an antidote for the stressors of modern life. Their shade and the natural cooling effect of transpiration provide respite from rising temperatures. They remove carbon dioxide from the atmosphere and trap the particulates that pollute our air. And their beauty is a natural tranquillizer for troubled minds.

However, the benefits of urban green space aren’t evenly spread among the populace. “Leafy” is an adjective often reserved for affluent neighbourhoods, while the paved and sparsely planted areas typically inhabited by those with fewer choices are aptly described as concrete jungles.

This inequality, coupled with an urgency driven by climate change, is why forestry professor Cecil Konijnendijk launched the 3-30-300 rule last year, with the goal of creating greener and healthier cities for everyone.

The rule calls for every resident to be able to see at least three decent-sized trees from their home and live in a neighbourhood with at least 30 per cent tree canopy cover, with the nearest public green space no further than 300 metres from their door.

Konijnendijk, who is the program director for UBC’s new master’s degree in Urban Forestry Leadership, concedes that 3-30-300 is more a rule of thumb than an exact prescription for every city – but it provides a clear and simple guide that everyone can relate to, including policymakers. And connecting the rule to individuals rather than cities as a whole will, he hopes, lead to a more equitable distribution of green assets.