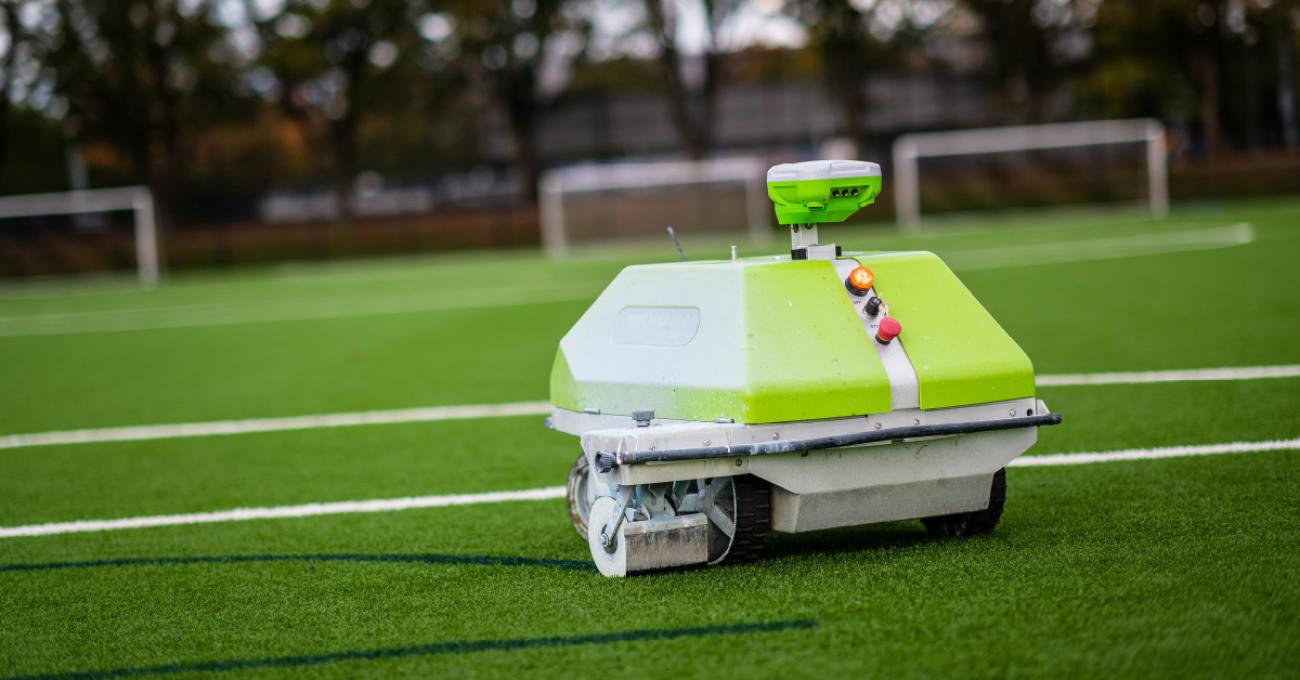 The newest member of UBC’s Athletics & Recreation team is an autonomous line-painting robot, known to his colleagues as Robby. Robby may not be very talkative, but he paints lines with the precision of a master — using GPS to create sports field pitches in a fraction of the time it would take a team of several people, and using less paint. The first of his kind in Canada, Robby can even be programmed for logos.

“Robby and I have the closest relationship, and I do refer to him like he is a co-worker,” says groundskeeper Andre Dionne. “There are days when we don’t get along, mostly because he glitches and doesn’t connect to the satellite transmitter or loses Wi-Fi connection, but I’ll still take him on his bad days. With Robby on the team, we’re able to focus more on sports field maintenance and irrigation repairs, or ongoing tasks, like mowing, weeding, and line trimming.”