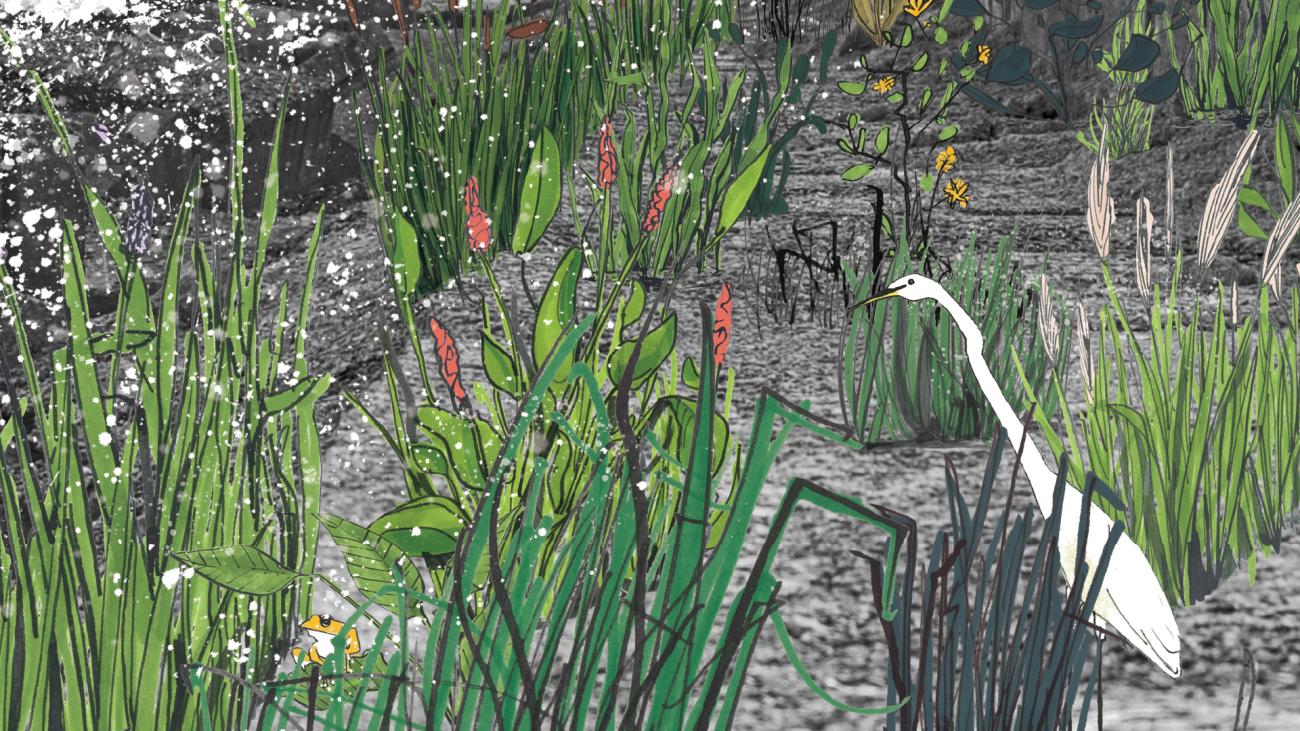 Rethinking our relationship with water

Humanity's greatest love-hate relationship has always been with water. Humans love to settle near coastlines and river valleys, lured by the flat, fertile land and opportunities for trade. On the other hand, water floods fields, swallows ships, and stirs up hurricanes that wipe out entire settlements in an instant.

“Water goes where it wants to go. It will carve out new paths and new areas to occupy,” says UBC landscape architect Kees Lockman. “So we have to collaborate with water and understand what it wants to do.”

Dealing with water as a living creature (at least metaphorically) is the guiding principle of the UBC Coastal Adaptation Lab, which develops sustainable innovations in irrigation and aquaculture meant to protect cities from a changing climate, where traditional and environmentally destructive infrastructure falls short.

“The conventional approaches don't provide solutions. They only exacerbate the existing challenges that we're seeing with the collapse of ecosystems and habitat fragmentation. Therefore, it’s important to do something different,” Lockman explains.

With funding from the Pacific Institute for Climate Solutions, the Coastal Adaptation Lab’s projects aim to not only protect humanity from nature, but also protect nature itself. Lockman and his colleagues are currently partnering with local governments and First Nations in places like Squamish and the South Coast Conservation Lands, seeking to understand their particular needs and challenges. Some projects focus on specific concepts, such as soil-based dikes and artificial clam gardens that help maintain marine ecosystems. Others focus on specific locations, including one that explores the Port of Vancouver’s vulnerabilities to climate change and develops sustainable solutions.

“What we’re trying to do is understand the challenges that local municipalities, governments, and First Nations have – primarily with issues of flooding in delta communities, which are both riverine and coastal.”

The lab’s Living Breakwater Project aims to replace traditional seawalls, groins, and jetties – normally made of concrete slabs, steel nets, and piled-up rubble – with soil-based “living levees” that can host plants and animals. A living dike plan is currently in development for the city of Surrey in partnership with the Semiahmoo First Nation.

“Plants and wetlands help attenuate waves. The idea is to not only implement seawalls or dikes but also come up with solutions that are environmentally sustainable and don't further negatively impact our important ecosystems.”

Lockman himself hails from the Netherlands, whose long struggle against the encroaching seas has resulted in a vast network of dikes and artificial islands. “We have a saying that God created the Dutch, but the Dutch created the Netherlands,” Lockman jokes. He said when the Dutch and other Europeans colonized the Americas, they brought their philosophy of dominating nature, ignoring centuries of knowledge from the native peoples.

“Indigenous people have long shown how we can steward the planet, and in different ways,” Lockman says. “We spent the first couple of weeks of the project having several decolonization sessions, which were led by people from the First Nations, in order for us to reflect on what it means to do research in this area.”

Coming up with sustainable solutions is only the start. Another challenge will be scaling them up for a modern, industrialized society. But Lockman and his colleagues are thinking long-term: Even if it takes decades or centuries for cities to change their relationship with water, the important thing is that we start that process as soon as possible.

“There's this term called ‘path dependency.’ It means that once you lock into building a dike or a seawall, the only thing you can do is build the dike higher or raise the seawall. It really locks you into that specific path for adaptation. If you start to integrate things like beach nourishment, living dikes, or other types of components, you have many more opportunities to adapt – a toolbox of options, so to speak, that can reinforce and strengthen one another in positive ways.”

In the meantime, human-caused climate change will only make our partnership with water more turbid. Lockman mentions the torrential rains and widespread flooding in B.C. last November, which killed at least four people and hundreds of thousands of animals, and caused billions of dollars in damage. In only a few decades, those events could be the new normal. We have to prepare while we can.

“That's the opportunity that these alternative and innovative solutions bring: not closing ourselves off from the water, but actually trying to shape our relationship with the water.” 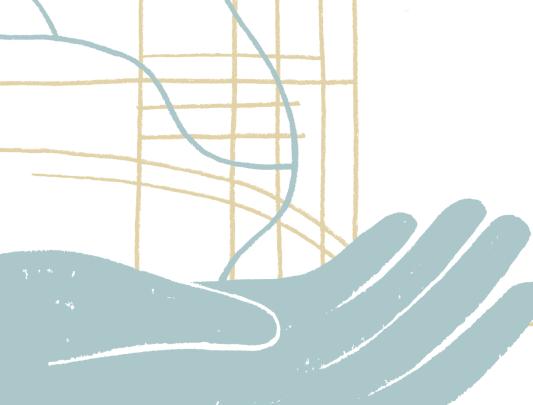