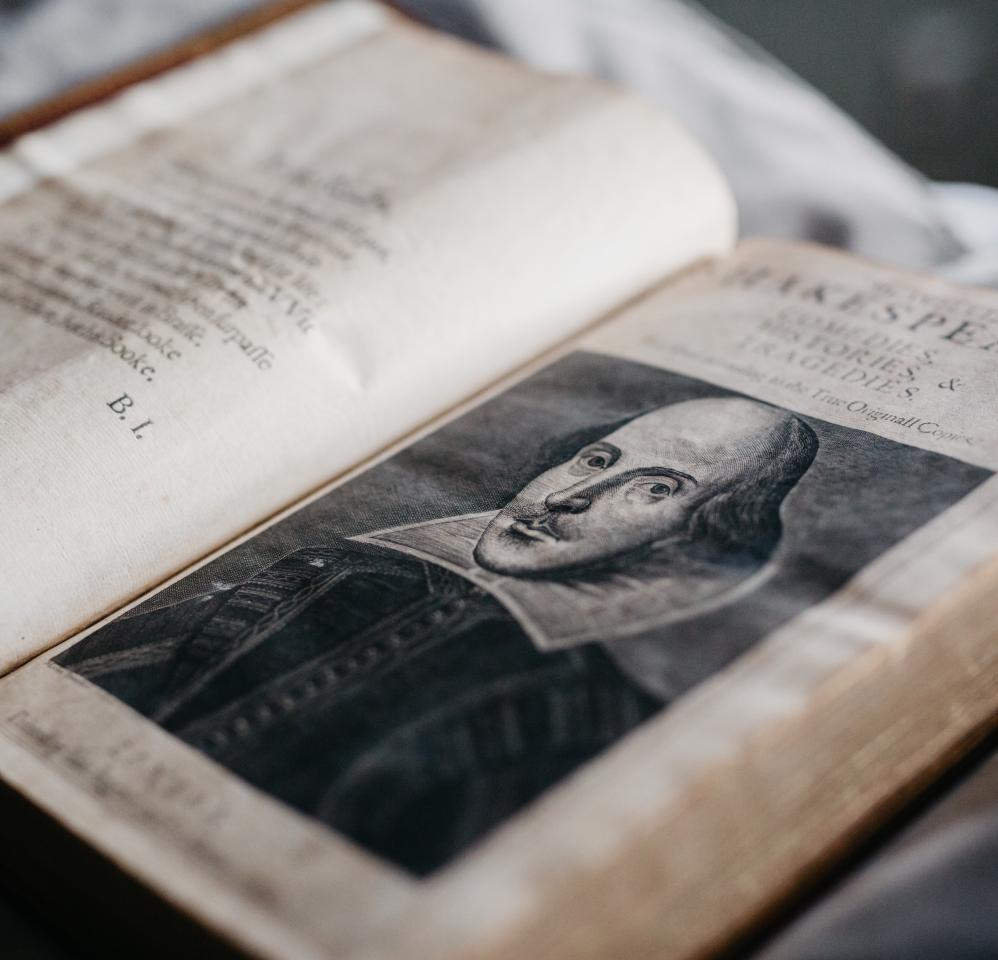 UBC has acquired a first edition of William Shakespeare’s Comedies Histories and Tragedies — an extremely rare book published in 1623, seven years after Shakespeare’s death, and credited with preserving almost half of his plays.

The First Folio, as it’s also known, includes 36 of Shakespeare’s 38 known plays, edited by his close friends, fellow writers, and actors. The 1623 publication is considered the most authoritative of all early printings.

UBC purchased the First Folio, formerly owned by a private collector in the U.S., through Christie’s New York with funding provided by a consortium of donors from across North America and with the generous support of the Department of Canadian Heritage.

“In comparison to many of our peer institutions, we are a relatively young university library,” said University Librarian Dr. Susan E. Parker. “We are deeply grateful to the many foundations and individual donors who have been essential in making an acquisition like this possible for a place like UBC Library and we are honoured to be its caretakers.”

The opportunity to purchase a First Folio arose in early 2021. Katherine Kalsbeek, head of rare books and special collections (RBSC) at UBC Library, knew that with so few copies left in private hands, the library had to act.

“The First Folio is a cornerstone of English literature and with this donation, we are able to bring this cultural treasure into public ownership,” Kalsbeek said. “Adding a First Folio to the UBC Library collection represents a milestone in terms of our development as both a library and as a university.” Only 235 copies of the First Folio remain around the world, mostly in the U.K. and U.S. The nine copies in public collections on the west coast are all in California. This cultural treasure is only the second copy in Canada.

“Preserving this precious book in UBC Library makes it accessible for future generations, inspires new knowledge, and furthers our commitment to engage in world-class research in the arts and humanities,” said Santa J. Ono, UBC president and vice-chancellor.

UBC’s acquisition of the Folio has placed this tangible piece of humanity’s heritage within reach for an enormous number of people who might otherwise have never had access to it.

The acquisition comes with a mandate to ensure public access to the unique volume. UBC’s department of theatre and film, the emerging media lab at UBC, and the master of digital media program at the Centre for Digital Media plan to collaborate on augmented and virtual reality projects. UBC’s digital media plan for the Folio will not only engage new communities, but also amplify the value of one of the world’s most precious cultural treasures and make the wonder of Shakespeare accessible to everyone.

UBC is ideally positioned to partner with B.C. arts and cultural institutions such as the Vancouver Art Gallery to ensure an unprecedented level of public access and exposure to this treasured artifact.

“This is really a gift, not just to UBC, but also to the city of Vancouver and to the many people in the region who appreciate Shakespeare,” said Kalsbeek. “We thought it was very appropriate that we partner with the Vancouver Art Gallery and Bard on the Beach to present it to the Vancouver community before it ultimately comes to UBC to support research and teaching.”

In partnership with the Vancouver Art Gallery, this tangible piece of cultural heritage will be exhibited to the public from January 12 to March 22 along with three subsequent 17th-century Folio editions of Shakespeare’s plays. The exhibition, For All Time – The Shakespeare FIRST FOLIO, marks the first time that all four Folios have been presented in Vancouver. The exhibition will be accompanied by an audio mobile guide featuring the voice of Christopher Gaze, founding artistic director of Bard on the Beach Shakespeare Festival, in addition to a series of public programs, including talks, performances, and more. For further information, please visit vanartgallery.bc.ca.

This article was prepared by UBC Library Communications.