If cities don’t want homeless encampments, they should help people, not punish them 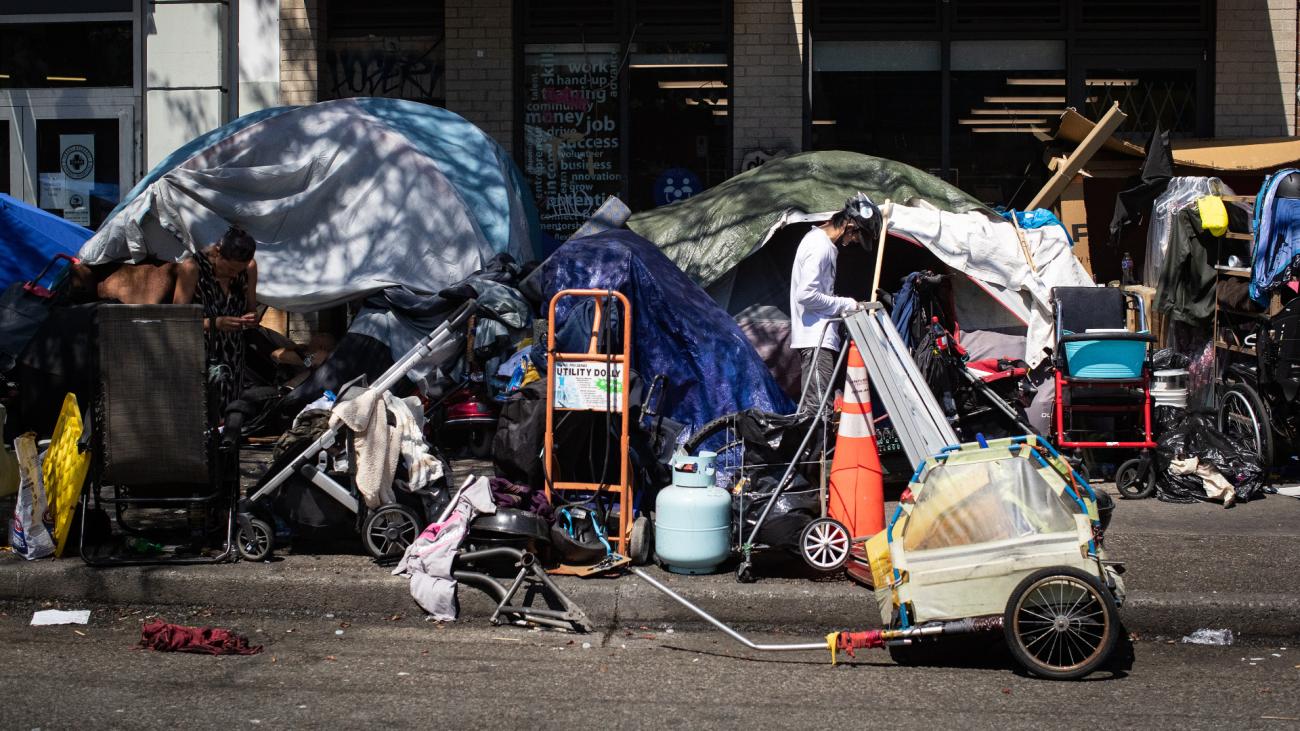 This summer, homeless encampments in cities such as Vancouver and Los Angeles and others were dismantled.

The reasons varied. In Vancouver, it was fire hazard concerns on Hastings Street, a major artery in the Downtown Eastside, where the encampment had sprung up over several blocks.

In Los Angeles, the encampment was on city-owned land intended for other uses. There, officials have gone even further to curtail encampments, with the city council approving a ban on homeless encampments within 500 feet of schools and daycare centres.

Encampments of those experiencing homelessness have become a fixture in large cities as well as smaller communities. It should not be surprising that people who are unsheltered seek out the relative security, community, and resources encampments can provide.

Yet, the ineffective, and often punitive, responses by various levels of government are alarming. These policy failures are most evident in the troubling encampment evictions occurring across North America.

More than 235,000 people are estimated to be homeless in Canada. In addition to these visibly homeless, another 450,000 to 900,000 are among the “hidden” homeless: those staying with family and friends because they have nowhere to live.

Policing not the answer

Our country has a housing crisis. Homelessness results from a severe shortage of affordable housing, poverty, and insufficient support services. For people who end up homeless, it is a tortuous and difficult route.

For many, their path to living on the streets starts with childhood trauma, mental health issues, and substance misuse. For others, in low paying jobs with no savings or family support, they can be one pay cheque away from homelessness. Regardless of how they end up homeless, people deserve to be treated with dignity and understanding.

Instead, shockingly, police have been carting away belongings from encampments, leaving people with few options of where to stay, other than another street or park. Even worse, evictions have turned violent.

Los Angeles is not the only city that has tried to enforce bans on people sleeping in public space with so-called vagrancy by-laws. When Victoria tried to enforce city by-laws to that effect in 2005, homeless people took the city to court. The B.C. Supreme Court sided with the unhoused people, saying that it was an infringement of their rights.

A similar court decision occurred in 2021 when residents of a CRAB Park encampment in Vancouver’s Downtown Eastside challenged an injunction by the Vancouver Parks Board forcing an eviction. Elsewhere in British Columbia, the city of Prince George was forced to apologize for the trauma it caused by destroying part of an encampment even though a judge ruled that the encampment must remain because there is not enough adequate accessible housing in the city to justify its closure.

Dismantling encampments has a dire impact on people’s lives. It severs social relationships, causes stress, and increases fear and distrust of authorities. It dehumanizes unhoused populations even more.

It is clear that dismantling encampments is not the answer. Some people, even if they have been provided with shelter, will opt for encampments. In other cases, which occurred in Vancouver this summer, there was no shelters or other housing available. And in previous encampment evictions, some residents were offered substandard SRO housing, the same kind of housing some were fleeing when they opted for living on the streets.

By-laws and practices which target activities like sleeping on streets, parks or in cars and panhandling criminalize individuals. And the consequences of criminalizing homelessness disproportionately falls on racialized people. Marginalized communities often face discrimination in accessing housing and other services which is compounded if they have a criminal record due to homelessness.

People who identified as Black, Hispanic, and Arab were also significantly over-represented compared to their percentage of the general population.

As the federal Housing Advocate Marie-Josée Houle said in a September visit to Vancouver’s homeless encampments, “the housing system has failed everyone there.” Homeless encampments have become a last resort because of lack of better housing alternatives. The shelter system is overcrowded and too restrictive for many people.

But sanctioning encampments should not be the only solution. Encampments can be unsafe and dangerous places, and provide little opportunity for moving out of homelessness. We need a holistic approach to ending homelessness that addresses the reasons for homelessness.

For those who fall into homelessness out of economic necessity, we need more plentiful affordable rental housing, rental assistance, and stronger rent controls to ensure that renters’ rights are upheld. For those struggling with multiple health and substance issues, we need more supportive housing.

For Indigenous people experiencing homelessness, we need more, better funded, and culturally appropriate housing and services. For those ending up in encampments, we need to ensure, at the very least, that their rights are upheld.

Homeless encampments are not going to go away any time soon. The federal government has already declared housing to be a human right. We must work to end homelessness now.

Penny Gurstein is a Professor Emeritus and Director of Housing Research Collaborative of the University of British Columbia.