This year, let’s get up close and personal with nature

We need more contact with the natural world if we really hope to preserve it. 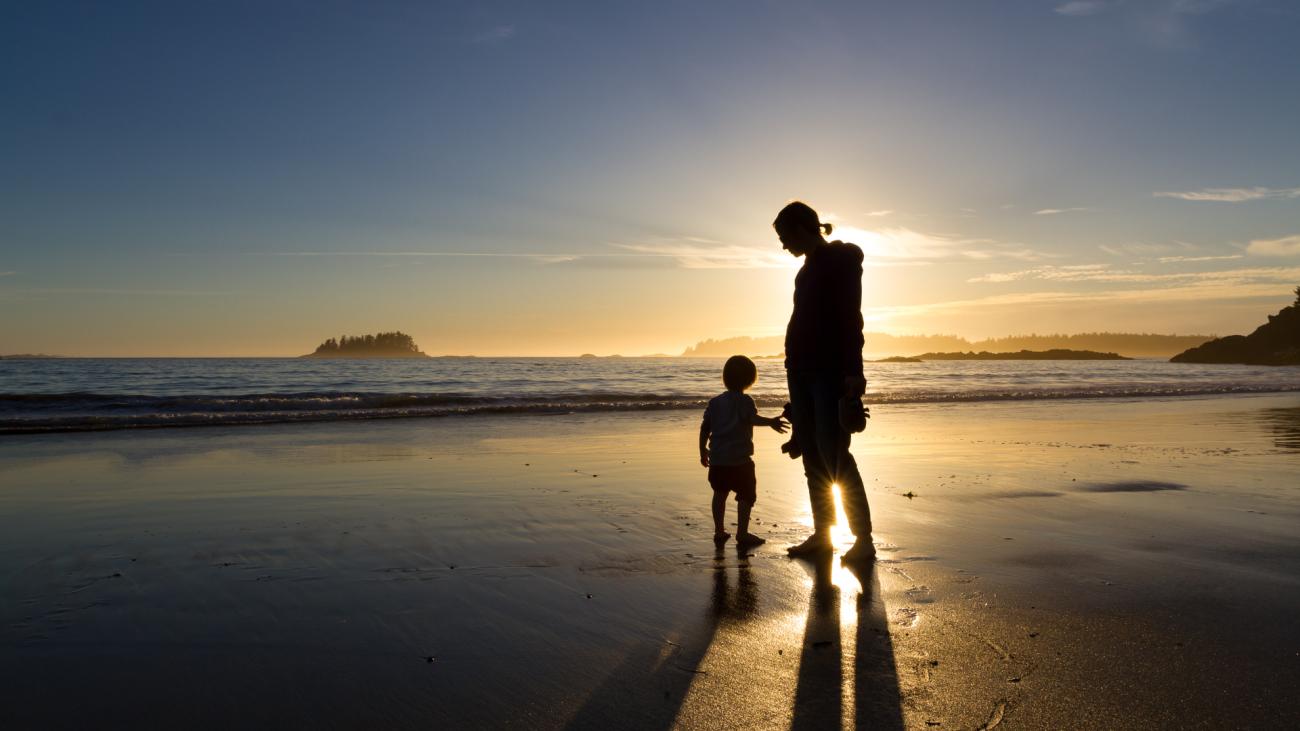 I grew up on East Cracroft Island, a far-flung chunk of wilderness on B.C.’s rugged coastline. Living there, my family and I were so close to the ecosystem — the bears, salmon, tides, and trees — that we not only felt nature’s pulse every day, we risked being consumed by it.

I feel lucky to have lived there; although not always comfortable, the lifestyle stamped a certain reverence to the land and its inhabitants onto me. But many people living in cityscapes and suburbs never experience that kind of intimacy, and I think that halts some conservation efforts before they begin.

Eighty-seven percent of Canadians support the federal plan to roughly double the amount of protected land and fresh water by 2025, and many think this target should be doubled yet again. At the recent 15th Conference of the Parties (COP15) in Montreal, which was focused on biological diversity, Canada supported the UN’s 30 by 30 goal: conserving 30% of land and oceans by 2030.

Our hearts are in the right place, but despite these declarations, most of us don’t feel it in our bones. Sweeping government action is important and necessary; so too are grass roots initiatives, which, once sparked, can be equally powerful. But without the urgent protectiveness we attain from being intimate with the wilderness, or even a tamer version of nature, we will likely do very little, as individuals, to conserve anything. There is a way forward, though: accessible exposure.

Exposure is important because if we stick to our concrete jungles, our real impact on the natural environment is hidden, and exactly what we aim to protect isn’t tangible. This intangibility amplifies the so-called “shifting baseline syndrome,” which refers to our tendency to update our definition of what is “normal” over time, priming us to passively accept greater environmental losses.

These shifting baselines — resulting in a kind of “environmental amnesia” — are most evident from one generation to the next. A child born today will never know the Bombus rubriventris bumble bee, northern white rhino, or Spix’s macaw, and that will be normal to them, just like we have never known the dodo, thylacine, or Antarctic wolf. But we must get to know the species, terrain, and resources we have left, if we are to protect them for the generations after us.

Four out of five Canadians live in cities, and without meaningful contact with the natural world, we may not even know what the current baseline of our province or territory is, let alone what we have shifted from. We don’t usually see the destruction of entire forests, levelled to the ground to feed the insatiable timber industry. Or the sunflower sea stars, apex predators in their marine world, wasting away into piles of flesh. Or the wild salmon runs which are on the verge of collapse, and, relatedly, the downward spiral of the commercial fishing industry. When you live somewhere like Cracroft, the realities of our impact on ecosystems are impossible to overlook.

Just as many conservation efforts suffer from familiarity bias — that how well-known a species is disproportionately influences public support of its protection (i.e. "the panda effect") — so, too, does lack of exposure to our environment inhibit our drive to conserve. A movement towards “assemblage conservation,” which protects ecosystem functions rather than individual species, will help relieve this bias, but not the disconnect.

“I do think the best way for us to be reminded of our connection to forests,” says John Vaillant, Canadian journalist and author of The Golden Spruce in an interview with UBC’s Mackenzie Lott, “is through direct exposure, by experiencing a forest first hand and turning it into a personal investment.” This sentiment can be extended beyond our forests, to our oceans, rivers, mountains, wetlands, plains, and tundras.

That exposure does not have to happen through living in the thick of it, like my family did; in fact, it might be better if it doesn’t (after all, there is a case to be made for high-rises being good for the environment). Rather, we need more environmental exposure, starting in our public schools, which studies have shown can kickstart emotional attachment and increase willingness to protect nature. As Taciano Milfont, a professor in applied social psychology explains in The Oxford Handbook of Environmental and Conservation Psychology, “Fostering care for the environment in schools will undoubtedly lead to pro-environmental actions in the future.”

Yet, in Canada, environmental education is not mandated federally; it is up to the provinces and territories to establish their own policies, resulting in varying degrees of effectiveness. Some public schools, especially in Yukon, do have strong environmental and outdoor education programs. These are most often spearheaded by teachers who, as youth, had impactful experiences with similar programs themselves, fulfilling Milfont’s prophecy. But success stories, while promising, rarely come from cities, where students have the greatest exposure deficit. Urban classrooms, therefore, are where the conservation movement stands to make the greatest gains, provided that a standard curriculum for environmental education can be set and implemented.

Without the urgent protectiveness we attain from being intimate with the wilderness, or even a tamer version of nature, we will likely do very little, as individuals, to conserve anything.

Beyond the classroom, care for the natural world can be fostered at home, too, parents included. A recent survey of more than 24,000 adults in England showed that, after accounting for age, gender, ethnicity, and socioeconomic status, among other factors, “nature appreciation” and “nature visits” to parks, woodlands, and beaches are significant predictors of pro-environmental behaviours, like recycling or belonging to an environmental activism group.

This relationship between experiences with nature and improved environmental attitudes is more than just a correlation. A growing body of research, in which experimenters adjusted participants’ degree of exposure to nature, shows that exposure actually causes positive changes in behaviour. Results of a meta-analysis of these studies show that, while the magnitude of this “exposure effect” has probably been over-estimated in individual reports, overall, exposure to nature still leads people to do more to protect it.

Schools and households are where the environmental intimacy campaign should begin, but they’re not where it should end. Government incentive programs like free access to some provincial campgrounds and environmental engagement tax credits could help promote ecosystem interactions in a way that is not damaging to the very environment we wish to protect. Such tax credits could be awarded for activities like volunteering for accredited organizations, like the Canadian Wildlife Federation or Nature Trust BC, rewilding sections of private land, or maintaining public trails.

Prioritizing the creation of equitable natural spaces in cities, too, will improve accessibility for those who cannot easily travel. Most Canadians live in urban areas, and protecting or rewilding more land in or near cities would thus improve nature accessibility where people are most concentrated, which is also where ecosystems are most vulnerable.

None of these options — increasing exposure through schools, households, or government incentives — will be enough to protect and restore the environment on their own. But they will improve our chances of success, especially when combined with more hard-line conservation action plans, like those negotiated at COP15.

As we continue the countdown to 2030, Canada has an opportunity to lead the UN toward the 30 by 30 goal. We are a nation that has the means, and the more we protect, especially within and adjacent to cities, the more opportunities for exposure we create. Promoting engagement with ecosystems, and therefore emotional attachment, will pay it forward through stronger support of further action plans, compliance with regulations, and maybe even sparking a movement — no far-flung island upbringing needed.

Alison McAfee studies bee health and fertility. She holds degrees in genome science and technology (PhD'19) and biochemistry (BSc'14). A Postdoctoral Fellow at UBC’s Michael Smith Laboratories, Alison is passionate about science communication, and her articles have been published by Scientific American, The Conversation, Gairdner Foundation, and various beekeeping publications.