A UBCO researcher has created hundreds of scenarios, and determined the importance of coral diversity. 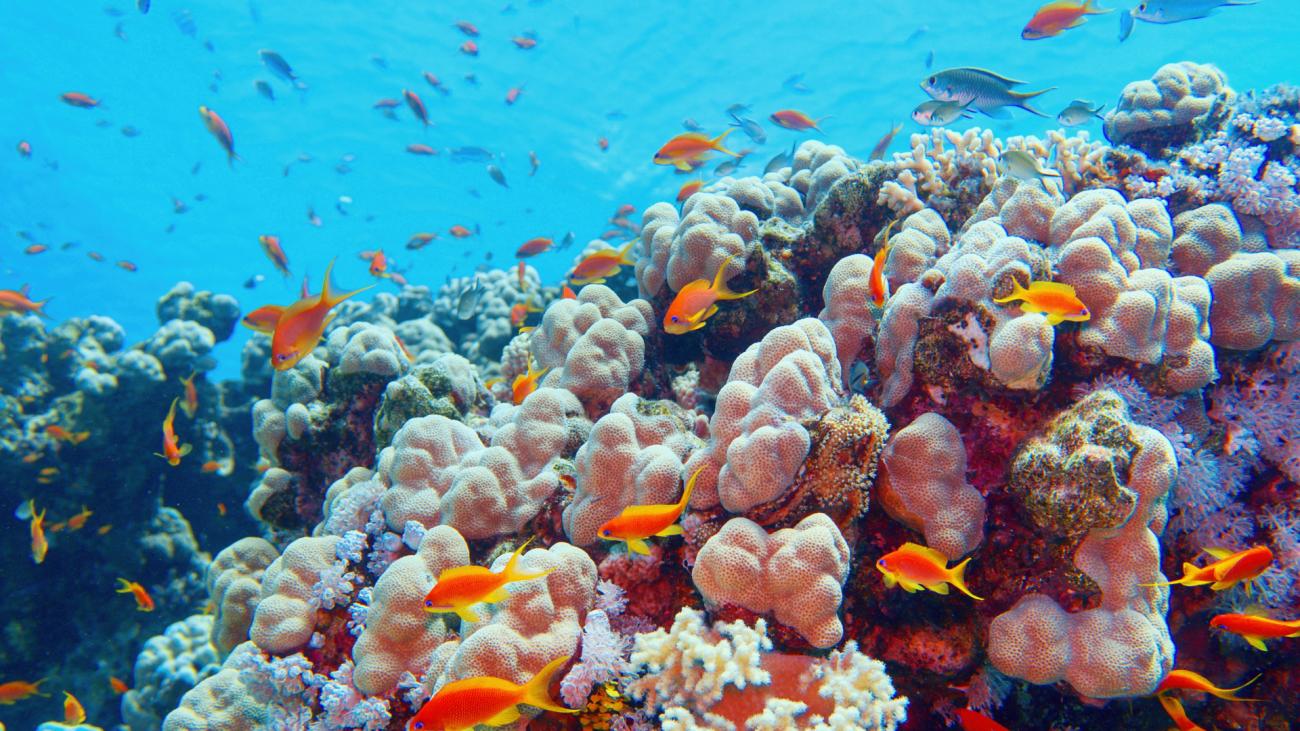 A UBC Okanagan research team has created a computer modelling program to help scientists predict the effect of climate damage and eventual restoration plans on coral reefs around the globe.

This is a critical objective, Dr. Bruno Carturan (PhD'21) says, because climate change is killing many coral species and can lead to the collapse of entire coral reef ecosystems. But, because they are so complex, it’s logistically challenging to study the impact of devastation and regeneration of coral reefs.

Real-world experiments are impractical, as researchers would need to manipulate and disrupt large areas of reefs, along with coral colonies and herbivore populations, and then monitor the changes in structure and diversity over many years.

“Needless to say, conducting experiments that will disturb natural coral reefs is unethical and should be avoided, while using big aquariums is simply unfeasible,” says Dr. Carturan, who recently completed his doctoral studies with the Irving K. Barber Faculty of Science. “For these reasons, no such experiments have ever been conducted, which has hindered our capacity to predict coral diversity and the associated resilience of the reefs.”

For his latest research, published in Frontiers in Ecology and Evolution, Dr. Carturan used models to create 245 coral communities, each with a unique set of nine species and each occupying a surface of 25 square metres. The model represents coral colonies and different species of algae that grow, compete, and reproduce together while also being impacted by climate.

Crucially, he notes, all the key components of the model, including species’ traits such as competitive abilities and growth rates, are informed by pre-existing, real-world data from 800 species.

The research team simulated various scenarios — including strong waves, a cyclone or intense heat — and then measured each model reef’s resilience taking note of damage, recovery time, and the quality of the habitat 10 years after the disturbance.

By running so many scenarios with computer modelling, the team found that more diverse communities — those with species having highly dissimilar traits — were most resilient. They were better at recovering from damage and had greater habitat quality 10 years after the disturbances.

“More diverse communities are more likely to have certain species that are very important for resilience,” Dr. Carturan explains. “These species have particular traits — they are morphologically complex, competitive, and with a good capacity to recover. When present in a community, these species maintained or even increased the quality of the habitat after the disturbance. Contrastingly, communities without these species were often dominated by harmful algae at the end.”

Coral diversity determines the strength and future health of coral reefs, he adds. Coral species are the foundation of coral reef ecosystems because their colonies form the physical habitat where thousands of fish and crustaceans live. Among those are herbivores, such as parrotfish and surgeonfish, which maintain the coral habitat by eating the algae. Without herbivores, the algae would kill many coral colonies, causing the coral habitat to collapse, destroying its many populations.

At the same time, the study provides a framework to successfully manage these ecosystems and help with coral reef restoration by revealing how the resilience of coral communities can be managed by establishing colonies of species with complementary traits.

Looking forward, there are other questions the model can help answer. For instance, the coral species vital for resilience are also the most affected by climate change and might not be able to recover if strong climatic heatwaves become too frequent.

“It is a very real, and sad conclusion that we might one day lose these important species,” Dr. Carturan says. “Our model could be used to experiment and perhaps determine if losing these species can be compensated by some other, more resistant ones, that would prevent the eventual collapse of the reefs.”