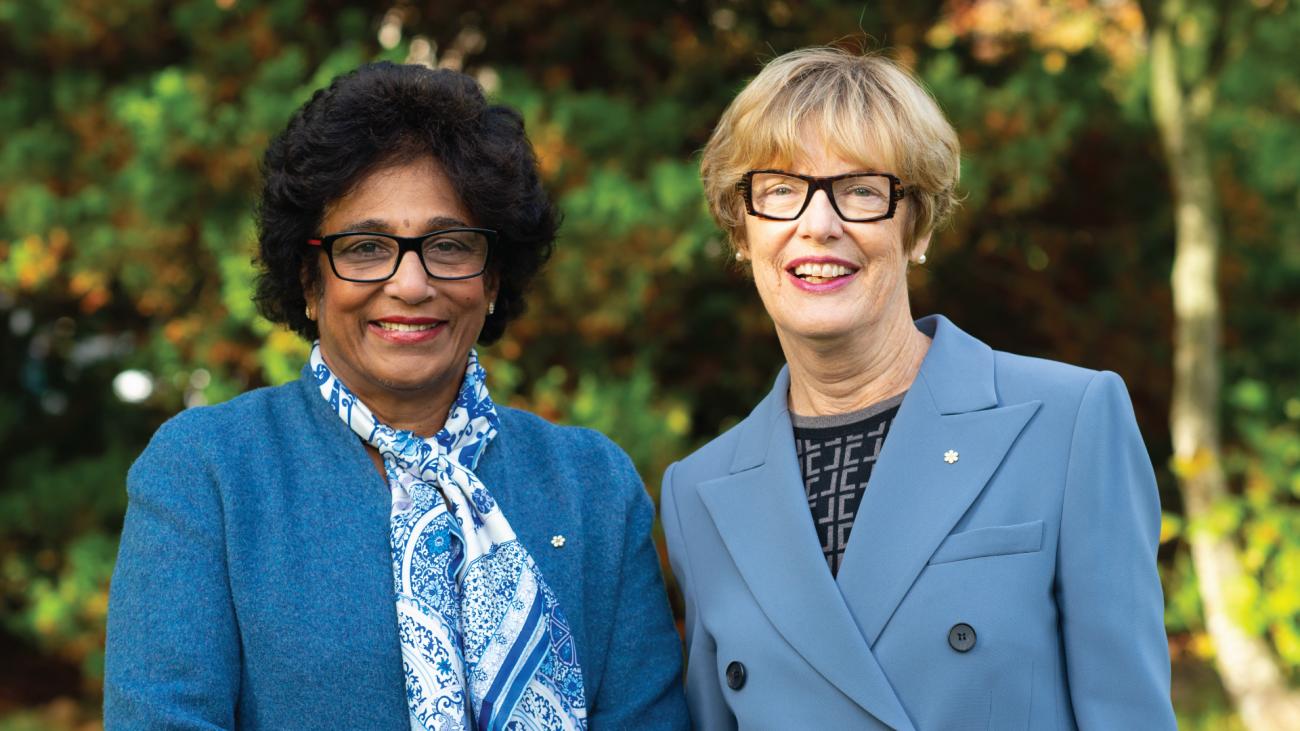 Lessons on leadership from two women who went first

Let’s begin with the disclaimer: the brisk, purposeful – often intimate – book that Martha Piper and Indira Samarasekera have just released is not called, “Aplomb,” though it’s reasonable to argue that it should be. As the first women presidents at UBC and the University of Alberta respectively, their record of leadership was assuredly marked by aplomb. Consider the synonyms “poise,” “style,” “composure,” “cool,” “ease.” It’s true that Piper and Samarasekera’s tenures didn’t always look easy, but from the bleachers, their poise, their style, their cool composure seemed not just complete, but resolute.

But then, they were not sitting in the bleachers. Theirs was the big chair; theirs the heavy cloak of responsibility. And, they tell us now, donning that cloak was a daily act of courage. Or, more precisely (and here comes the actual book title): Nerve. And nerve is a word of more ambiguous meaning. You might, instead, use “daring,” or “bravery.” But you could equally use the almost pejorative “audacity” or “bravado.” The Right Honourable Kim Campbell – the only woman who has ever sat in the very big chair as Prime Minister of Canada – addresses this ambiguity in the foreword to Piper and Samarasekara’s book. Campbell writes: “Nerve is often used for a brand of courage to which the woman in question is not deemed to be entitled – as in, ‘she has a lot of nerve.’”

This tension – this call to be courageous in situations where you might worry that you are unqualified, unsuited or simply unwelcome – is at the heart of the book. It’s also aimed at a very specific audience. Piper says, “Simply, it’s for women who are coming up – because we want them to step up and lead.” The hypothesis (carefully researched and well argued in these pages) is that women are holding back. Looking at the enduring shortage of women in boardrooms, C-suites and senior administrative offices, Piper says, “Our track record [as women] is not particularly good since Virginia Woolf admonished us to ‘get on with it.’”

From another source, this might be criticized as someone blaming women for the prejudice they face from men – those people who are in the executive suites, giving or withholding promotions. But Piper and Samarasekara both say there is something more to the question. For example, they write about headhunters who frequently complain that it is simply harder to recruit women. Quoting from the book The Confidence Code by Katty Kay and Claire Shipman, Piper and Samarasekera point to a study that found women at Hewlett Packard applied for a promotion only when they met 100 per cent of the qualifications, while men did so when on average they met 60 per cent. Samarasekera says: Call a woman and she immediately enumerates her deficiencies and offers to prepare a list of better-qualified candidates. Call a man and his CV is in the mail – “yesterday.”

Nerve, however, is not a book of criticism. The message, Samarasekera says, is that “It’s okay to have doubt and still be willing to step up.” Or, quoting Eleanor Roosevelt (one of Piper’s favourites), “You must do the thing you think you cannot do.”

The other objection one might imagine to advice like this is that it’s “easy for them to say.” Again, Piper and Samarasekera have – through competence, diligence, and nerve – already scaled the heights. Theirs, finally, is a comfortable perspective. But the book is peppered with personal and surprisingly forthright anecdotes that illustrate the degree to which their journeys were not easy.

One such story features Piper’s debut at UBC. It’s not just that she was the first woman: she was following in the footsteps of the great David Strangway, who had arrived at what Samarasekera describes as “a mediocre, Podunk university” in 1985 and, in 12 years “laid the foundation for a great set of aspirations.” Piper, who had been vice president of Research at U of A, had big shoes to fill and was facing a wary audience. Undaunted, she wrote an inaugural speech on the theme “Think about it!” and the UBC protocol office ordered up hundreds of “thinking caps” – baseball hats with the theme embroidered over the brim. At the appropriate moment in her speech, Piper donned one of the caps. The audience gasped, the newspaper photographers clicked, and the UBC communications shop celebrated; it would be the first time that a presidential installation was featured in the Page 1 photo of the Vancouver Sun.

Others, however, were less amused. Samarasekera writes that she was predisposed to support Piper as the new president. “But when she traded her academic mortar board for a ball cap, with the choir singing ‘think about it,’ I was appalled; it was the last thing any of us expected at a solemn installation ceremony. Academics dislike corny slogans, and her choice of ‘Think About It,’ worse still, emblazoned on ball caps, did not go over well with us. My engineering colleagues and I wondered out loud whether the university had made a mistake and appointed a cheerleader instead of a serious scholar.”

The record shows that Piper was serious, indeed. Samarasekera says that Piper, “lifted [Strangway’s] aspirations for UBC to reality.” Piper also promoted Samarasekera to the position of vice president, Research, from which position she was headhunted (reluctantly!) to the U of A presidency.

Nerve is filled with such stories, and it’s written in the crisp, economical style of two women who seem long accustomed to making themselves understood in clear, direct communications. They also reveal themselves as academics who have respect for your time and a professorial inclination to point out the best bits to make it easier for you to study for the exam: every chapter ends in a “Lessons Learned” review.

Finally, though the book was written for women, it’s fascinating and instructive for men – as Samarasekera says, “all those people who have wives and sisters.” There is wisdom, and maybe nerve, to go around.

The Future of Work 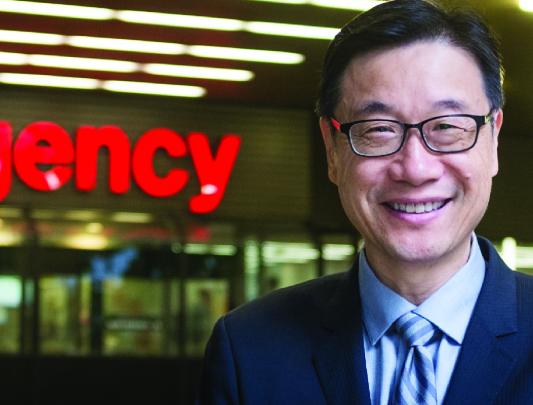 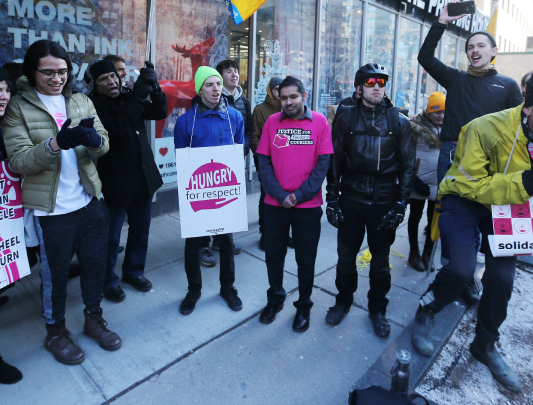 Rethinking labour law for the new world of work
7 Min 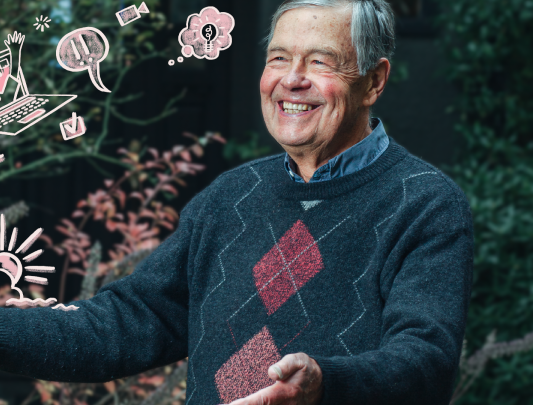