Student rocketeers enter $1 million challenge to send a rocket into space. Here's how you can help.

The competition at the 2017 Spaceport America Cup

Nineteen-year-old Hubert Fortier is nearly a year out of high school and apprenticing as a welder. He’s submitted applications to a few universities, but he’s counting on a career in the trades. That May, 125 wildfires burn through Alberta, 37 of them out of control, and one takes down his home. A week later, as family and friends are deciding whether to rebuild or relocate, Fortier receives an acceptance letter from UBC. Just like that, he is on his way to Vancouver.

Engineering students Joren Jackson and Simon Bambey co-found UBC Rocket – Rocket for short – dedicated to the design, manufacture, and launch of suborbital rockets. When SpaceX successfully launches Falcon 9 from Cape Canaveral Air Force Station in Florida toward the International Space Station, Hubert Fortier watches live along with millions. “From then on,” says Fortier, “it was all rockets.” His timing impeccable, a Google search turns up the newly minted club.

The 10‑month‑old club arrives at the inaugural Spaceport America Cup with their first rocket to compete against 110 teams in the world’s largest intercollegiate rocket engineering conference and competition. They beat out Caltech and MIT to bring home the trophy in their category.

Encouraged by their success, the club refurbishes their winning rocket and builds three more. The founders are rewarded for their ingenuity: private aerospace manufacturer RocketLab in New Zealand brings Bambey on board as a Propulsion Intern, and Jackson lands a full-time gig as Integration and Test Engineer at SpaceX. Succession planning is suddenly a thing for the two-year-old club.

Enter Hubert Fortier and Robert Chisholm. Both original members, they are now UBC Rocket’s co‑captains. The bar is high – 100 kilometres above sea level, to be exact. That altitude, called the Kármán Line, represents the boundary between Earth’s atmosphere and outer space. The Base 11 Space Challenge, sponsored by National Rocketry League in the US, is offering $1 million to the first student‑led university team to cross it before the end of 2021. The countdown is on.

We are looking for people who do not shy away from long‑term challenges, are able to commit a significant amount of time to the team, and are self‑motivated to complete tasks to extremely ambitious deadlines, reads the UBC Rocket membership application. Set aside roughly two hours to complete the form. Most of that time will be spent learning some rocketry basics. Of 115 new applications, the club accepted 60, bringing total membership to 90. A conscious approach to inclusion means the team is diverse in every respect. Members hail from engineering, business, science, and arts. Some bring no relevant experience at all, but have proved over those two hours that they can learn, and they’re willing to work.

By January, they’ll have tested their first liquid‑fuel engine, and in June will demo‑launch a liquid‑fuel rocket in Spaceport America Cup’s 30K‑ft challenge. The composites subteam, led by Lauren Lee, will use advanced techniques and materials to form the fin cans – the central structure that connects the fins and motor to the body of the rocket – as a single unit, a feat never before achieved by a student team. Both assays are prep for Base 11, the million‑dollar challenge beginning in May of 2020. And if by chance they win that prize, Rocket will create two endowment funds at UBC of USD$500K each: one to sustain the club, and the other to support Geering Up, UBC’s STEM subject camps, clubs, and workshops for school‑aged kids in BC.

Rocket’s motto is a question: “What could go wrong?” Answer: A lot. So they’ll commit an average of 10‑15 hours per week through the year, and 20‑30 in the weeks leading up to competitions. They’ll design, build, test, and rebuild. They’ll manage projects and people, promote the club, engage with sponsors, advocate to Ottawa, and fundraise. They’ll reach out to school kids in both BC and Alberta (primarily online), and build awareness, interest, and expertise in STEM subjects through Frequent Flyers, a new project in which participants of all ages design, build, and launch their own rockets and payloads. “I don’t sleep much,” Fortier laughs. By the time they graduate, they’ll have enough real‑world cred to launch stellar careers in any field they choose, including rocketry.

Unless, of course, they want to work in North America.

Once among the world’s leaders in rocket engineering, Canada no longer has a rocket program of its own. Meanwhile, the United States’ International Traffic in Arms Regulations (ITAR) restrict the export of defense and military‑related technologies for national security reasons. Translation: Canadian rocketeers can’t find jobs on the home front, and they can’t work for American rocketry companies, either. (In Joren Jackson’s case, his Point Roberts address was the loophole that meant he could accept SpaceX’s job offer.)

In fact, if Canadian rocketry activist Adam Trumpour hadn’t made a mission of it, the Base 11 Space Challenge would be off limits, too. A concept designer at Pratt & Whitney Canada and co‑founder of Continuum Aerospace in Toronto, Trumpour is also one of Canadian rocketry’s loudest voices. At the 2017 Canadian Small Satellite (SmallSat) Symposium in Toronto, he invited UBC Rocket up to share the floor, and their combined passion raised enough money from the audience that day to create a Canadian rocketry competition, the first ever. Trumpour has a home lab, self‑financed, that functions as the mobile service hangar for a home‑built, liquid‑fuelled rocket engine. His point: that the political, legal, and financial constraints around Canadian space‑ex are rocket fuel for the do‑it‑yourself crowd.

the political, legal, and financial constraints around Canadian space-ex are rocket fuel for the do-it-yourself crowd.

It’s a growing crowd. There are 22 university rocketry clubs across the country, members of a nascent Canadian Rocketry Consortium (CRC) that is calling on Ottawa for reduced regulations, more launch sites, and greater public exposure. The CRC submitted a few grant applications to the Canadian Space Agency last year, and though they weren’t funded, they did put the student rocketeers on the radar.

Space touches our lives on average 20‑30 times a day. Weather forecasts and climate patterns, ATMs, GPS and smartphone maps, ground and air traffic control, industrial farming, and big‑data management all depend on satellites. Space science is seminal to the development of autonomous cars, smart cities, robotics, and AI. Private firms are working on reusable rockets, 30‑minute‑max travel anywhere on Earth, and colonizing Mars. The global space market is currently valued at over USD $380 billion and it is predicted to grow to the multi‑trillions. A country without an independent ability to launch satellites risks its sovereignty.

Canada’s Maritime Launch Services (MLS), founded in Canso, Nova Scotia, in 2016, is so far this country’s only commercial spaceport. First launches are planned for 2020. It’s a start, although for students clubs like Rocket that are already operating like companies, it hardly constitutes a job market. “I hate politics,” Fortier says, “but I see it as part of my duty to make rocketry happen here. This is something I want to change.”

Space has always been the meeting place of fantasy and reality, the setting for everything from scientific research and starry romance to military strategy and geopolitical rivalry. Now, space exploration looms as a necessity for human survival. While growing legions of committed Earthlings strive to remediate land and oceans, many—including Fortier—already envision humanity as an interplanetary species. “Most of my friends think I’m crazy,” Fortier laughs, “but one extinction event could wipe us out here.” He knows better than most that, although there’s no place like home, sometimes you have to leave.

Help UBC Rocket Get to Space!

Rocketry is expensive. Preparation for the Base 11 Space Challenge alone will cost UBC Rocket close to $80,000. “We’re about an eighth of the way there,” club co-captain Hubert Fortier laughs. Want to help UBC rocketeers reach space? Here’s a list of tools and materials they need. You can donate at support.ubc.ca/ubc-rocket, email hello@ubcrocket.com, or scan the following QR code. Per aspera ad astra! 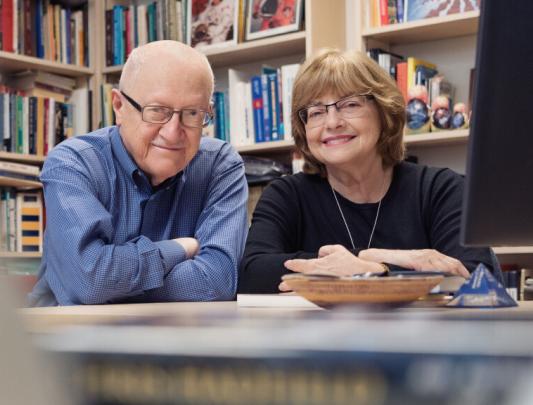 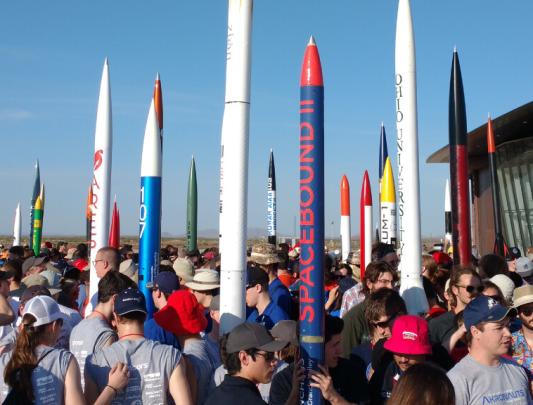 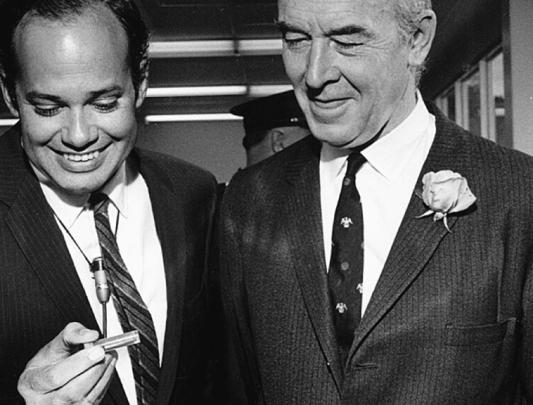