How UBC became the rising star of Hollywood North 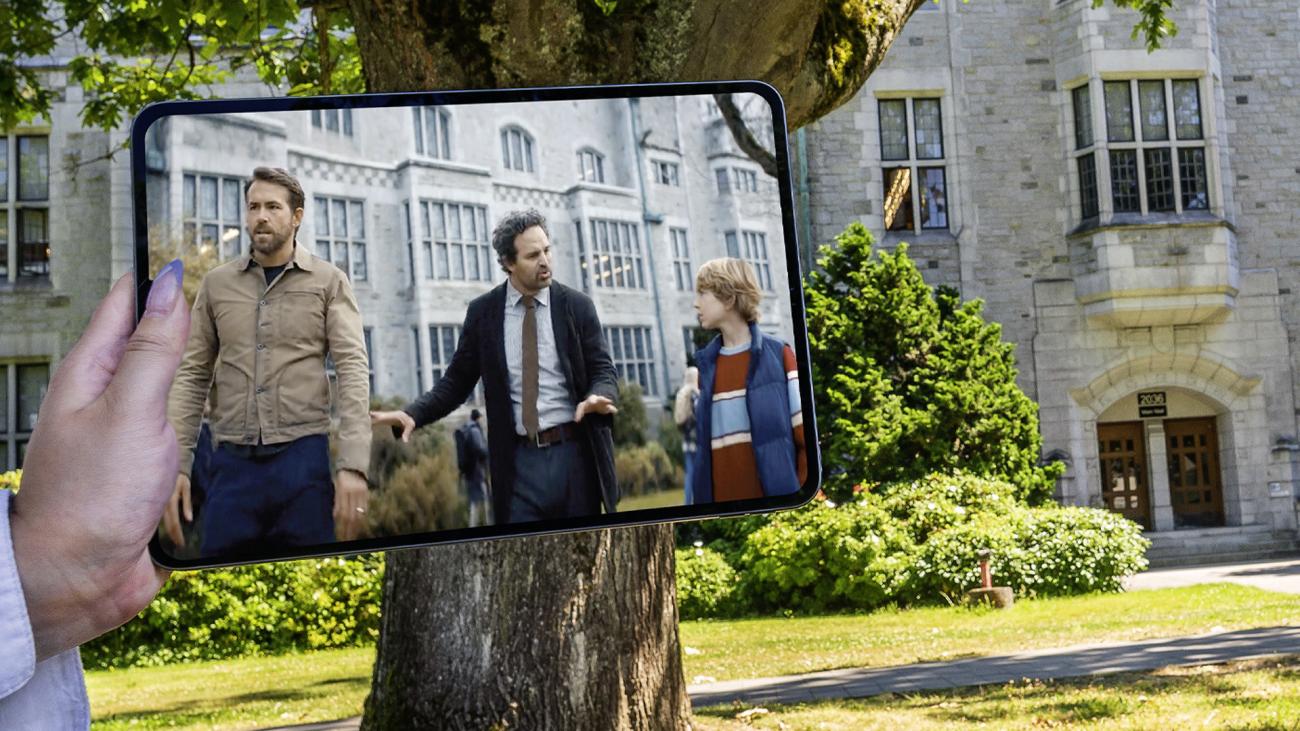 For many people, it’s tough to play it cool if they suddenly spot their favourite celebrity. But for UBC’s Arlene Chan, it’s just part of the job.

“Although I get the inside scoop on which productions and who’s on campus filming, I don’t get too fussed,” says Chan. “I’m focused more on making sure things go smoothly.”

For 36 years, Chan has worked as the film manager at UBC, responsible for managing and approving all commercial and documentary film and photography requests, as well as student film requests, on UBC’s Vancouver, Okanagan, and Robson Square campuses as well as the UBC Boathouse in Richmond and the Malcolm Knapp Research Forest in Maple Ridge.

UBC often ranks as one of the most filmed locations in the world. During the 2019-20 fiscal year, the university saw more than 100 productions filmed on its campuses. While there was overall less filming on campus during the COVID-19 pandemic, productions have been gradually ramping up again as restrictions have started to lift. The 2021-22 fiscal year has seen more than 75 productions already, up from about 50 in 2020-21.

Notable films that have featured UBC as a backdrop include 2015’s The Age of Adaline, in which glimpses of the chemistry building and the Irving K. Barber Learning Centre can be seen as actress Blake Lively drives down a dark and rainy Main Mall in a vintage 1940s Plymouth. In the 2018 action thriller Skyscraper starring Dwayne ‘The Rock’ Johnson, the gardens of Cecil Green Park House at the northern tip of UBC’s Vancouver campus were transformed into a lush green space atop a Hong Kong skyscraper. Even UBC’s Okanagan campus has served as the spooky setting for Lifetime’s made-for-TV movie series Nightmare, which includes the 2012 film A Mother’s Nightmare and the 2018 sequel A Father’s Nightmare.

Chan says the university’s campuses have always been sought-after for film and TV shoots because of the variety of spaces on UBC’s campuses that appeal to production companies.

“UBC has a lot to offer,” she says. “We have a mix of older buildings, newer buildings, and a lot of green space.”

One of Chan’s favourite pastimes, she says, is “exploring every nook and cranny of campus” so she can help advise location managers of the optimal spots to film. If she hasn’t visited a location in a while, she makes a point to go see what it looks like now.

Filming doesn’t only offer opportunities for celebrity sightings on campus. It also brings benefits to UBC and helps support the university’s academic mission.

While some revenue is used to offset costs incurred by filming for units such as building operations and campus security, faculties and departments receive revenue when they rent out their spaces for productions, which is often used to support academic programming and to fund initiatives that may not have been possible otherwise.

A portion of the revenue also goes to UBC’s theatre and film department, where it is used to invest in equipment such as lights, green screens, and cameras that are used by faculty and students for teaching and learning.

“We are very fortunate to have this kind of revenue stream, which is entirely conditional on there being filming on campus,” says Stephen Heatley, head of the department of theatre and film. “The revenue helps us with the high cost of running a small enrolment program like film production and also helps with the purchase of equipment.”

Film and TV producers are also encouraged to involve students from the theatre and film department as observers while filming on campus, providing further opportunities for learning, although Heatley adds that students’ time is often quite limited.

“Our students have a full plate with the amount of work they do to produce films that are shot within the department each year,” he says, adding that union rules also preclude students from taking part in internships or work-learn opportunities on film sets. “But we are grateful that the university has created the opportunity for our film production program to share in the revenue that comes with filming on campus.”

From script to screen

While there are many benefits of filming for UBC, the process of managing filming on campus can be complex. When a production company submits a request for filming, the first step is to provide a complete script.

One aspect of Chan’s role is to read the scripts of every movie and TV show that wishes to film on campus to ensure the content aligns with UBC’s values and does not run the risk of damaging the university’s role or reputation. For example, if a script included a scene involving a derogatory or offensive sign that would be placed on a UBC building, the movie may not be permitted to film on campus.

When Chan requests to read scripts, production companies are hesitant to share but over the years she and the UBC film office team have become known for keeping things confidential. She says most film location managers are now aware of her policy and understand that she has never once breached confidentiality.

The next step is to ensure the production has minimal disruption to UBC programming and activities, and that the University’s assets are always protected, says Chan.

“Part of our responsibility is keeping track of the academic calendar and what’s happening on campus, but we always check with each department when a production wants to film in a building,” she says. “Just the presence of a film crew can have an impact on university activities, so we have to ensure we aren’t interfering with any classes, exams, or student-led events.”

Chan says it can be hard to remember which movies and TV shows were filmed at UBC because there have been so many, but Chan says it never takes her long to spot UBC in the background.

“You always know when a production has been shot in British Columbia,” she says. “The sky is just bluer and clearer.”