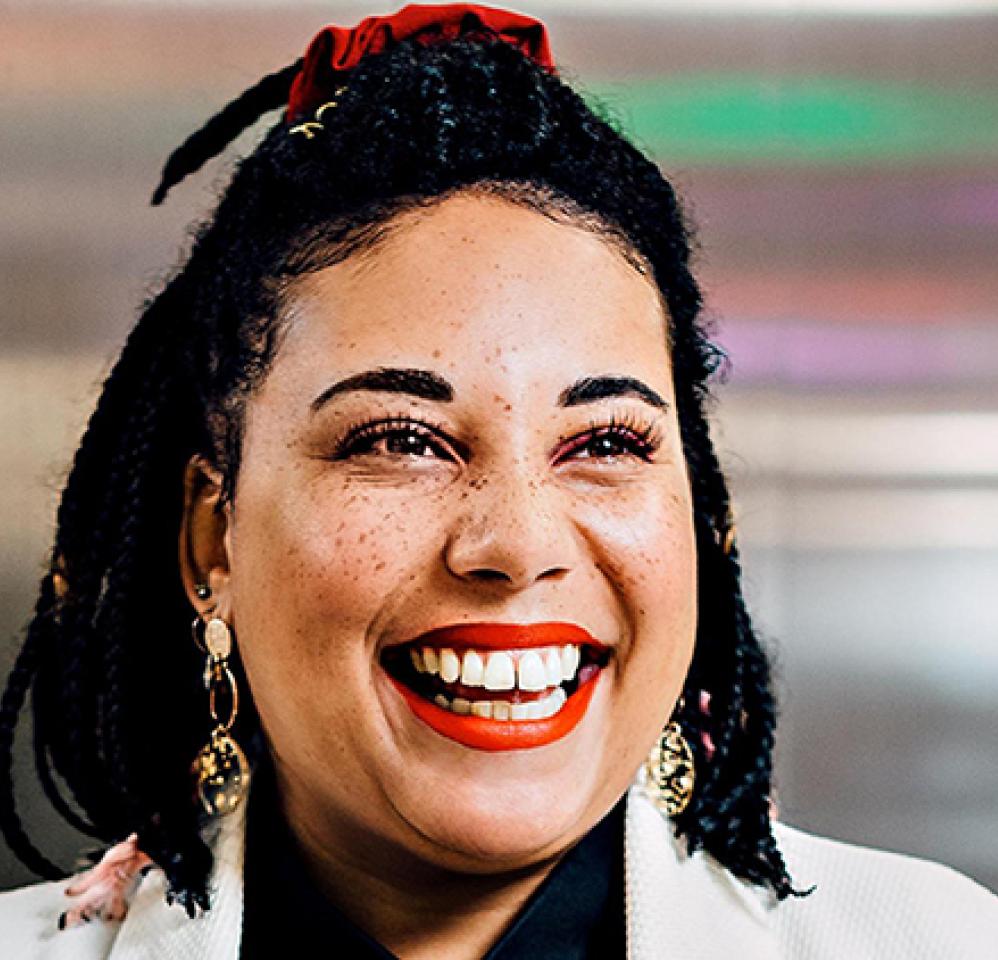 Last month we interviewed Cicely Belle Blain, BA’16 and one of the BC Business’ Top 30 under 30 award recipients. Cicely launched a Vancouver-based diversity and inclusion business earlier this year and has since attracted both local and global clients. Further in 2018, Cicely made the VanMag Power 50 list.

What sparked your desire to launch Cicely Blain Consulting?

People were asking me about LGBTQ and inclusion and I was getting so many speaking engagements or workshops, so I decided to craft and curate my own content on anti-racism and inclusion.

I spoke to my grandma and went from there.

Has your Grandma played a large influence in your life?

My Grandma’s been supportive and as she grew up as an activist, she took me to my first protest when I was a kid. Throughout my life, my grandma’s saved money in case I needed it.

So when I had this idea to write a business plan, I did, and used the money to start.

What prompted you to attend UBC?

I was awarded the International Leaders of Tomorrow scholarship. I have never been to Canada, but it seemed like a great international opportunity and school.

What has been your biggest learning moment so far?

That’s a tough one. My biggest learning has been around content for workshops and sharing it with people. Because I come from an activist background, there’s a disconnect between activism and business. There has been so much to learn and trying to translate it to corporate language is very challenging. Organizations are looking for a step-by-step guide, and it’s been a learning curve to translate academic knowledge, community, ancestors, and trying to transcribe it to clear methodologies to be more inclusive.

What is the best career advice you’ve received?

My parents have instilled a value in me to just do what I enjoy and what makes me happy. Lots of people get into jobs that do not feel rewarding or inspire them. If things do not work out, you can switch careers at any age and we are so lucky to be in a modern time to work and then move to another job in a year’s time. I feel privilege to live in a world like this and my parents inspire me to try new things.

What was your favourite class you took at UBC?

My favourite class was International Feminism. It was fascinating because it was the first time I had a woman of colour as a professor. She started the class by acknowledging that she knew what it feels like to be a woman of colour and she encouraged us that our voice matters.

Who is someone you look up to or is your role model?

Rachell Ricketts. I have not met her in-person, but follow her on social media. She’s fearless about talking about race and racism. I admire how she has built a brand and a following around educating people about racism and having tough conversations and curating the importance about one’s content.

What’s next for Cicely Blain Consulting?

I am hoping to plan a large conference about anti-racism and radical activism later this year for entrepreneurs and non-profits to learn at an affordable price.