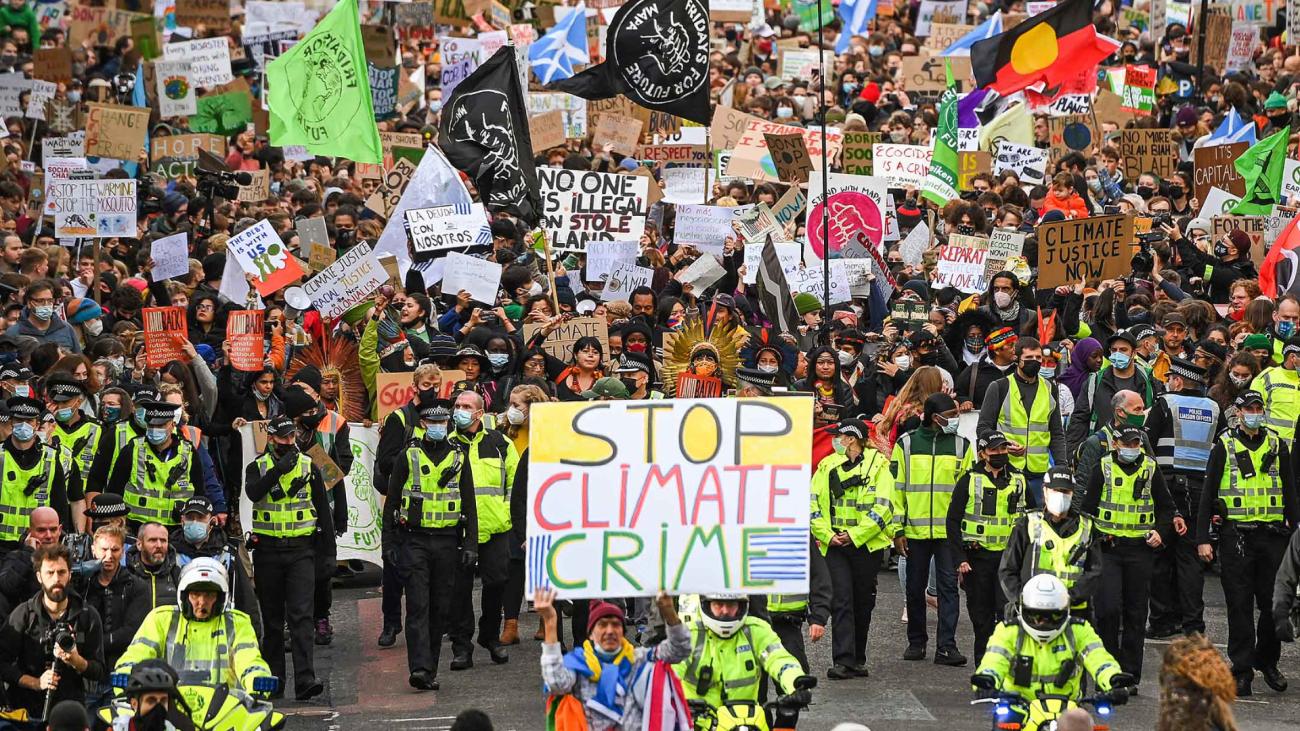 The No. 1 movie on Netflix in recent weeks has been Don’t Look Up, a fictionalized account of scientists struggling in vain to sound the alarm on a comet that is about to destroy Earth. Using the comet as a thinly veiled metaphor, the film seeks to alert viewers to the urgency of climate change.

Canadians don’t need to look up. The devastation wrought by climate change is all around us.

In 2021, we experienced a “heat dome” that killed at least 600 people in Western Canada. Hundreds of wildfires followed, including one that burned to the ground the town of Lytton, B.C., right after the area shattered Canadian heat records. Extreme rainfall in November in British Columbia then caused widespread flooding that destroyed homes and businesses, and infrastructure damage that severed ties between coastal B.C. and the rest of Canada.

This is scary stuff. As climate researchers, we get it!

Not the first wake-up call

We know that the impacts Canadians are witnessing are what scientists have predicted all along. We’re mindful that while the scale of destruction may be new for Canadians, deadly heat, flooding, and wildfires fuelled by climate change have been happening around the world for some time.

As climate researchers, we’re also keenly aware that it’s going to get worse. There is no “new normal,” a phrase we’d desperately love to retire. Rather, the planet will keep warming as long as we keep adding greenhouse gases to the atmosphere. What is unusual today will become normal tomorrow, and so on — until we reduce emissions to net zero globally. How long it takes to get there will determine how hot the planet gets.

Against this backdrop, we’re regularly asked in media interviews, “Is there hope?” or “Are you optimistic?” We typically offer positive responses. After all, the flip side of the conclusion put forth by the Intergovernmental Panel on Climate Change — that it is “unequivocal” that humans are causing climate change — is that we have the power to fix it. And there is so much more we can be doing.

But we worry that fearful listeners receive such statements as reassurance that everything will be OK, that they can go back to their normal lives because someone else will fix climate change.

The necessary changes to our lives and economy won’t happen automatically by manufacturers saving money through improvements in energy efficiency. Nor will it be achieved solely through individuals voluntarily changing their diets, driving less, or opting to buy “green” products. We need public policies to drive fundamental transformation of our energy systems, how we move around, how we heat and cool our homes, and how consumer products are manufactured.

Adoption of effective climate policies has proved politically challenging. Our failure to date certainly reflects decades of industry’s obfuscation of climate science and opposition to policies that increase its operating costs.

But the fault is not industry’s alone. Many Canadians have been slow to trust that climate policies like carbon pricing, vehicle mandates, and clean energy regulations will work. Encouraged by carbon-intensive industries and their political allies, some have opposed even modest increases in gas and other fossil fuel energy prices.

Others, encouraged by activists and partisans to focus blame on “big polluters” (and no doubt that blame is well deserved), have resisted policies that also require change from small polluters — including households — that contribute roughly half of Canada’s emissions.

Here is our modest proposal: let’s stop asking the optimism question and instead focus on what we, as citizens, are going to do about climate change.

The former executive secretary of the UN Framework Convention on Climate Change, Christiana Figueres, has coined the term “stubborn optimist” to underscore that what we need is not luck but rather conscious and active commitment.

We agree, but characterize the issue a bit differently. The issue is not optimism or pessimism, as climate scientist Kate Marvel puts it, but whether we have the courage to act, despite uncertainty about the outcome.

It’s not the first time Canadians have faced such a call. Seth Klein astutely observes in his book, A Good War, that Canada joined the Second World War without reassurance that we would win. What’s being asked of us in the climate fight today is so much less.

The benefits of action are also clear. Research consistently finds that slowing climate change is a net winner, not just in terms of human health and the environment, but also in terms of jobs and the economy. To realize those benefits, and to ensure a fair transition for all, we need to make the big decisions and the big upfront investments today.

This requires engaged citizenship. The good news is that engaged citizenship also feels good. On election day, one sees people patiently waiting in line at polling stations exuding a quiet sense of purpose. At climate marches, it’s remarkable how many people are smiling. Moving from worrying to action can be a huge relief.

Believe us, we understand the anxiety and grief that many are feeling, not least young people like our students. Climate change is here, and it’s going to get worse. But how much worse is up to us. It’s time to move past seeking reassurance from others, to instead ask ourselves what we, as citizens, are going to do about it.

In uncertain times, we’ve all earned a couple hours enjoying an entertaining movie. But after that, we hope you’ll take five minutes to write to your member of Parliament or provincial member of the legislative assembly to tell them what you are doing about the climate crisis, what you are willing to do — and what you need from them.